Report to the Community

City Manager Report to the Community – A Year and a Half in! 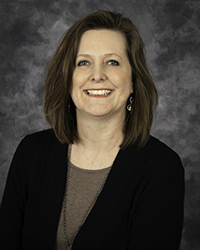 It has been my pleasure to serve as the City Manager for the City of Moses Lake since January 2020. It has been a year and a half full of challenge, not only because of COVID but because of the need to update many of the city’s plans, stabilize the organization and recruit staff. My reviews from the City Council (at six months and one year) have been positive.

Upon my arrival, the City Council set out three goals for me:

I am pleased to report that Goal #1 is has been accomplished. The City has established a funding stream, a partnership with HopeSource to provide services, set up the Sleep Center and is working on a permanent program that will provide for a continuum of services. In addition, the City’s relationship with Grant County has been strengthened as a result of the City becoming an active player in the Grant County Plan to End Homelessness. Some may ask why there still appears to be an issue and it doesn’t feel like there is an end. The fact is that there are some that will simply refuse services and our services aren’t currently 24 – 7. In addition, there are still informal camps that will require work with private property owners. This issue is not a sprint, it is a marathon and really requires a community wide approach that we are working on as well as acceptance for 24-7 support and augmented facilities. We will continue to report back to the community on our progress.

Goal #2 is underway. In June 2020, the City started an intensive process to update the overall comprehensive plan which had not been wholly updated since 2001. The Comprehensive Plan update is required by the State of Washington and it is the road map for where and how the City will grow for the next 20 years. The process requires outreach and community input to ensure that as many voices as possible are heard in order for the City to establish a plan moving forward that is universally owned. In the end, the plan is a financial plan. The City has to identify city limits and an urban growth area that is sized to accommodate the anticipated growth and the City has to identify how it will finance the urban services that will be required to serve the growth. Urban services include utilities (water, sewer, stormwater, garbage) street/sidewalk infrastructure, parks, police and fire/ambulance service. On July 13th the City Council and Planning Commission will have a joint work session about the Capital Facilities Plan. The Capital Facilities Plan is the financing plan that supports the Comprehensive Plan and the City will need to determine if the Capital Facilities Plan is reasonable and feasible or if the City has to adjust our growth plans.

There have been many questions about the ability of the City to support the growth that is coming and the demand for housing. The consultants hired to do the planning did a historical look at our growth and then determined to utilize higher growth factor of 2.4% a year, due to the growth from 2015 to 2019. This would mean that they estimated the City would continue to grow by over 600 residents a year. In a review of our history and even in conversations with our economic development partners, this number seems appropriate considering many of the prospects being considered are in the 250 job range. This growth factor was then utilized to establish the population the land base would need to absorb and an urban growth area will ultimately be recommended based on this analysis. Additionally, a study was conducted that looked at housing needs based on the demographics of our population during the planning period and that study determined that we needed to broaden the housing types available by encouraging density and mixed use districts with housing in addition to our traditional development pattern.

We should have a draft plan that will have an updated vision for the City of Moses Lake this summer. To be compliant with the State, we need to adopt the plan by October of this year. When the draft is available, an additional round of public input will be included and public hearings will be held to adopt the plan. Ultimately, the County and State have to approve the plan. I am happy to have any conversations about this effort as it is very involved and complicated but the new plan will put the City on stable footing moving forward.

Goal #3 was to stabilize the City’s organization. This is still in progress as I evaluate departments and determine leadership needs. Later this year, I will introduce the leadership team that will be leading the City as we move forward with our new vision and plans. In regard to overall City stability, we have had much churn in our organization due to retirements and position additions needed due to our growth. We have added wonderful new employees to our team and I look forward to making the City of Moses Lake the employer of choice in the region.

I am very proud of our city organization. Our Police and Fire Departments have continued to advance in their practice and care of our community despite the many obstacles of COVID and new practices required by changes during the last legislative session. Our City’s finances have remained strong, with an upward trend in revenues, despite COVID. We have worked diligently during COVID to make our city meetings available via Zoom and we were pleased to return to in-person meetings this last month.

Outside of the goals set for me by the City Council, there have been some big community wins that have developed since my arrival. Most recently we heard the news about the best lake quality in 40 years. When I came on board, there was some concern about the City joining the Conservation District. The City’s agreement to join and support the effort has demonstrated to all the importance of the lake health issue and now the Watershed Council is supported across the region and has newly acquired grant funding to help continue the work. Hats off to Harold and his team. Additionally, when I came on board there was a concern about the relationship with the North Central Library. Libraries are a core function for a community in developing literacy, this is so important in a community like ours that has significant poverty and workforce issues. With the support of the City, they have renewed their interest in the city provided building, they have reinvigorated their Friends of the Library Group and they are a core team member of the Creative District effort. There are good things ahead in this relationship.

Heading into the next year, the City Council has charged me to continue stabilizing the organization. This means growing the capacity of our employees, our organization and our City Council. Newly created City Council committees are providing Council members with insight on the day to day workings of the City. The City will be adopting a new vision and priorities, based on our capital facilities plan, for projects and programs moving forward. We have had significant input in regard to priorities for our community and much of the input as of late revolves around revitalization and taking care of what we have.

As your City Manager, I look forward to leading the charge to help Moses Lake grow in pride and a newly established sense of place where all voices matter. We look forward to opening the new Larson Recreation Center 2022 and to continue supporting the region’s efforts to recruit industry that will make us second to none, while building up the core of our community through our work to revitalize our community and support efforts, such as the Creative District efforts downtown.

Many thanks for your support.